A group of taxpayers living in Garfield County are calling out the Garfield County Commissioners for spending nearly $2 million from the county budget to fight new regulations that are specifically designed to protect public health and the environment from oil and gas development. They have created a website that lays out details of the spending.

County Commissioners Tom Jankovsky, John Martin and Mike Samson used money from the county’s oil and gas mitigation fund to wage a fight against the state’s effort to protect public health with rules that protect communities from the worst effects of fossil fuel development.

“We are forming the Garfield County Taxpayers Accountability Project to raise public awareness and to pressure our Commissioners to spend our tax dollars on county residents, businesses and other organizations — not to fight common sense rules that keep us healthy and safe,” says Allyn Harvey, a longtime Carbondale resident and former Town of Carbondale trustee.

“Please check out our website and get in touch if you have any questions or ideas,” he says.

Colorado’s Oil & Gas Conservation Commission, one of two rulemaking bodies for the oil and gas industry, is expected later this year to review additional rules that further protect public health and safety and find a better balance between drilling and nearby neighborhoods, schools and businesses.

“We urge the commissioners to spend our public money locally on behalf of Garfield County residents and businesses, instead of in Denver on behalf of energy companies,” says Leslie Robinson, a former county commission candidate and chair of the Grand Valley Citizens Alliance based in Rifle.

The following is a breakdown of how Garfield County spent its tax dollars at least $1,780,000 over 18 months, including expenses such as the following:

The money came from the county’s Oil and Gas Mitigation Fund, which according to the county’s 2021 adopted budget, is supposed to be spent mitigating the effects of oil and gas development on residents and businesses.

“I can’t think of any mitigation they’ve done, except to help the industry,” said Dave Devanney, former chair of Battlement Concerned Citizens, a grassroots group in Battlement Mesa that helps residents cope with natural gas development that butts up against the community’s neighborhoods.

The Garfield County Taxpayers Accountability Project was developed with the support of Colorado Rural Voters, a non-partisan political organization that strives to invigorate our democracy by engaging people on the Western Slope in the election process.

Garfield County is spending big to challenge Colorado’s new oil and gas regulations
Much of its resources seek to block regulators’ shift toward protecting public health, safety and welfare and the environment

Inside the brown cloud — public health

According to Drilling Edge, as of March 2021, the state of Colorado reports a total of 31,587 active producing oil & gas wells statewide. Of those, 7,335 are located in Garfield County. 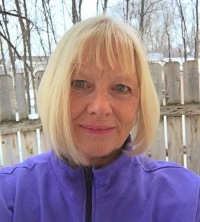